Summer is peak writing time for me, sitting outside armed with nothing more than a notebook, a pen, and an imagination. Unfortunately, some fool scheduled the World Cup for June and July, so a battle of wills is likely.

Despite the attractions of England’s inevitable quarter-final defeat on penalties, a few new pieces of writing will emerge into the light in the next few weeks, blinking and wondering why everyone has a football top on. 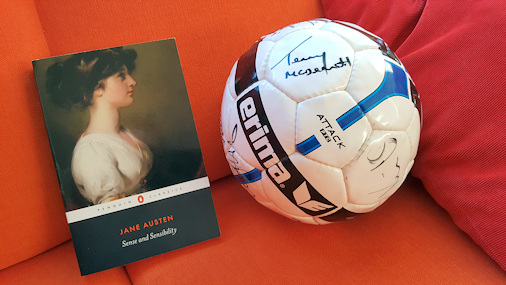 So plenty to watch out for…

P.S. If you need some enjoyable Austenesque reading before July, I’m hearing good things about Lessers and Betters by Don Jacobson and The Events at Branxbourne by Caitlin Williams.